Three steps and five years to the world about which people have been dreaming since the very beginning, there is also an alternative for those who would stay alive by chance to again start dreaming in the caves. 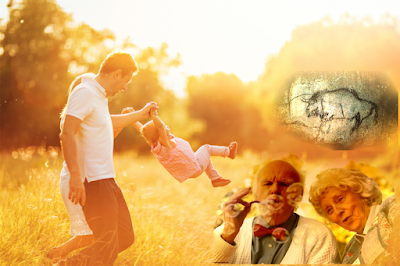 Quite frankly, the only life of the majority flows away in vain - in the wrong way, in the wrong place, with the wrong people... And we pretend that there are no problems or replace one problem with the other. But the calculations show that with the modern level of technologies the primary causes of most troubles of the most Earthpeople - the irresponsibility with the vanity - can be and is allowed to be removed.
The AIM of the project is in one word - LIFE. But to reach everyone's aim the creative and business people should fairy-talishly earn. Please, spare a couple of minutes for one theory" with the program of actions summed up on one page and who knows...
The words can differ in any way, but the facts speak for themselves - the elections is only the change of persons, revolutions is only the change of clans, for changes for the better for the majority the change of the grounds is needed, and this change is done simply, quickly, peacefully. People as they are, following their main instinct (we all want to live), mostly having fun and minorly working, find at least a hundred of homo sapiens, and millions of laws that actually work only on paper are replaced by one but for everyone: "Asking no one - Do what you wish, but if you cause damage to somebody or do something to the prejudice of somebody you pay with everything that you have, including your life." Then, during about a half of a year, everywhere, the gingerbread is strictly connected with the responsibility, and with the modern level of technologies, the main changes will take five years and all changes will take ten years. As a result, 95% of Earthmen, remaining sinners, will mostly work for not so much time near their home, doing the genetically suitable (and hence loved) job in any part of the planet, living in the world without frontiers, wars, poverty, crime, serious illnesses and other disasters.
Technologically, replacing the milliard of in fact responsible for nothing bureaucrats by one computer devoid of human weaknesses is not a problem, there is a principal permission for the change. But who will control this computer? How to find on the planet at least a hundred of incorruptible (reasonable) people? In word everything is all right with it but in deed?

It is difficult, but possible. And the most fantastic thing is that any business or creative person, no matter what...he is now, can in a year appear to be the one who is needed.

But when the people's consciousness is blocked by the sweet lulling honey of the complicatedly organized propaganda, the "fantastic" change can be helped only by the "fairy-tale" which should be started up in three steps by the whole world if we want to live. This is the work the majority is capable of.
1

Spread the word.
Directly or through the socials tell about the "fairy-tale" that explains why it became possible to make life of Earthpeople resemble a fairy-tale and how it is done in three steps and in five years for the majority and in just a year for creative and business people
2
Join in the fairy-tale according to your abilities.
As a volunteer.
Translations, literary elaboration, graphics, programming, support in promotion, useful connections, all that will be of use is hard to innumerate.
As a co-investor.
Any specialist can be hired. So, checking and if "lazy" believing, invest. Let it be a rouble, a dollar, a hundred of roubles, a hundred of dollars, a million - it is not important! Not help, not give for Christ's sake, but invest your time or a sum with which you are going to risk. If kissproject is realised you and your close ones will get everything back with a fantastical profit, and if not? Then milliards of people will  need nothing.
3
If you are a creative or a business person, earn on your own with the fairy-tale. Taking for free the gist, any intermediates or ready fairy-tales of the project, together with kissproject production/any other producer center/on your own, with the modern interpretation of as old as the world fairy-tale (which turned out to be not a fairy-tale) to the mutual benefit of all Earthpeople, it is possible in one year to fully realize oneself and earn as much as you have never dreamed.
It is necessary to earn, because it is easy for a poor to speak of reasonableness and incorruptibleness but try to prove them having a lot of money when there are so many temptations (the details are given further).
Again, the AIM of the project is LIFE and it is not the pathos, but the current task of mankind is to find those, who, earning milliards with as old as the world fairy-tale, will venture to go against the stream formed during thousands of years. Not to spend them for vanity, but leaving for oneself several thousands or tens of thousands per month to invest the rest of the money into the unlulling of people. And if on the planet there will be found at least a few of those who is not ready to give one's only life for glass beads (even if it is jewellery), it means that people by the whole world have found homo sapiens, and all the rest is up to the technologies...and the main puppeters, some of whom definitely understands the difference between going to the luxurious shelters for weekends and for several decades...

Summing up.
Whether we leave it as it is, and then approximately by the year 2030 the survived by chance will 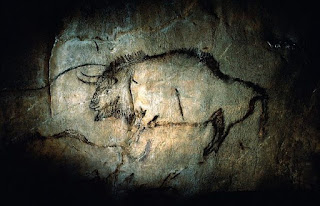 start from the caves again. Or, having thought, and if necessary, having argued (preferably comparing knowledge and experience), having weighed all advantages and disadvantages personally for oneself, to begin with, at least one out of a million, according to one's abilities turnes "The Fairy-Tale" into a true story. And then - the evolutionary changes for the better will happen every day for everyone. Someone will quickly find answers for difficult questions, an interesting job and a well-paid job, a sweetheart for one night or for a lifetime, someone will in a year realize one's most daring dreams...
In the end let's return to the beginning: why kissproject is not a trick and not a mistake.
- In replacing a bureaucrat by a computer there is no personal benefit of a person or a clan.
- Any of us is weak, so, appointing oneself anywhere is out of the question, the author invested in the project so much that you will not believe it without fairy-tales (although everything is open and it is not difficult to check) and works more than anyone. Not sinless but after being occasionally thrown down from the "sky" by chance calculated the nearest future a little earlier than the others. And despite any propaganda we all know that there are no pockets on the heaven. And when six/seven milliards burn again and the occasional survivors start from the caves again it is impossible to leave even for the family...
- OK, let's assume. But what if there is a mistake in the calculations. Yes, we all make mistakes and it happens that we pay for them a lot. But if in the world where every word is controlled, the unheard of before tale of not replacing one person by the other but a step-by-step program of changing of the grounds has flown across the planet long ago, there have been elections with it...this means that the calculations are without a mistake.

The worldwide fire is near, and it can be avoided only through the "fairy-tale".
If there are questions/suggestions... - the project/journal is in all senses free of censorship. Write in comments or to kissproject.info@gmail.com, skype iglalisa and without unnecessary ceremonies let's talk personally. If you live in/come to St.Petersburg it is not a problem to meat.
And if you venture with co-investing there are a lot of ways.
Everything that is more than a thousand dollars should better be discussed, so that the investments work according to your preferences. And everything that is less, even a rouble/dollar you can transmit to the common fund.
yandex.money 410011096035349
megafon mobile phone +79217808975
city bank card 4193490086568005
Or you can transmit directly to the authors who write fairy-tales for kissproject, everyone who wants leaves one's coordinates and requisites. Igor Liachenko as an author of the "idea", despite tens of millions of bucks paid for it approves this.